Hit enter to search or ESC to close
loading...

One Team, One Promise

We believe everyone should be able to experience the joys of French cooking. We believe recipes should be as enjoyable as they are doable. We believe food should be memorable experiences shared between family and friends. So, we make it easy for the whole family to participate in the French culinary experience.

Because there’s no better way to connect people than with food, and we want to accomplish exactly that — one table at a time.

Say hello to the incredible people who make it all possible! 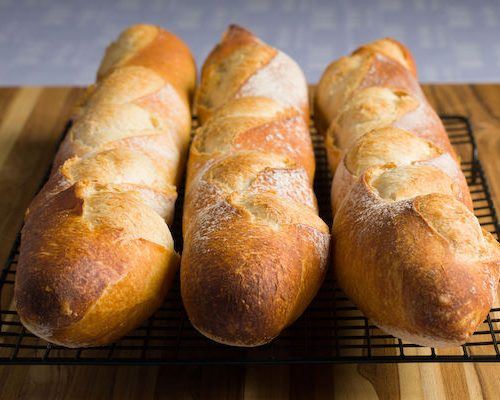 Exciting and delicious! National Baguette Day is back with a deal just for you: Buy 2 baguettes, get 1 FREE. 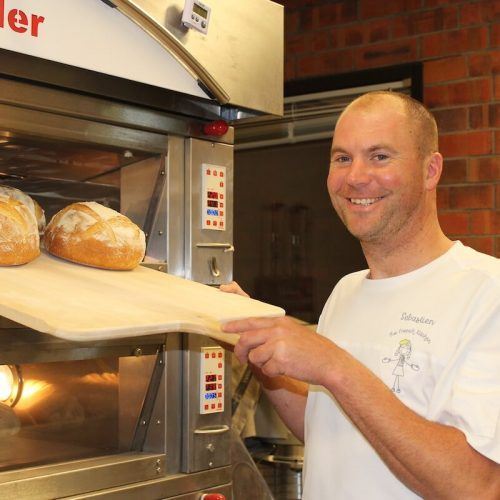 Sébastien is originally from a small village near Valence, France, where his passion for French baking first began. Before moving to the States in 2000, Sébastien undertook several apprenticeships to hone his craft, starting as a baking apprentice for Boulangerie Dufour and eventually becoming a pastry chef apprentice for Patisserie Dagand.

That’s when he found The French Kitchen — his home away from home.

Today, Sébastien is proud to be a part of the French Kitchen family, and he loves sharing his passion for French baking with his customers. But he’s not just a phenomenal baker and pastry chef. He is also Blandine’s right-hand man, and regularly advises her in all aspects of the business.

Director of Kids Program, Chef, and Everything In-Between

Born and raised in Louisiana, Kristi’s passion for quality food began at a young age. She often used her parents as test subjects for the creative concoctions she would put together after an evening of watching Iron Chef.

In 2010, she graduated from Louisiana State University with a B.S. in Nutrition. Then in 2011, she graduated from the Art Institute of Colorado with an A.A. in Culinary Arts. While in culinary school, she was able to explore the art of international cuisines and cooking techniques.

After graduating, Kristi worked at a variety of food businesses. But in 2016, she finally found her place in the food industry — here at The French Kitchen.

Kristi is an incredibly valuable member of our team. As chef, Kids’ Program director, and client relationship manager, Kristi loves testing new recipes with Blandine and teaching kids about the joys of French cooking. ``The kids get even more excited about food than me!`` she says, and she wouldn’t have it any other way! As Blandine’s other right-hand man, Kristi brings a lot to the French Kitchen table. Her international perspectives are valuable to Blandine’s French cuisine, and her bubbly personality brings laughter, energy, and creativity to the kitchen on a daily basis.

Gabby is from Atlanta, GA, aka the dirty South. She has been playing in the kitchen for longer than she can remember, starting as a kid with her dad who also loves to cook and bake. She has worked in a number of bakeries back in Atlanta, but has truly discovered her love of pastry making since starting at The French Kitchen.

When she’s not flinging fondant, she enjoys drawing, painting, and hanging out with all the friends she has in her head!

Originally from Vietnam, Anne came to the U.S. when she was just 10 years old. But being the adventurous spirit that she is, she has lived in many places, including France, Japan, Thailand, and the Philippines. Her adventures gave her the opportunity to experience cuisines from all over the world, giving her a unique perspective and palate.

Anne’s adventures have inspired her to share cooking techniques from across the globe with the people of Colorado Springs. You can find her at The French Kitchen teaching classes that specialize in Asian cooking and cuisines from other countries as well.

Nancy is originally from New Jersey, but she has lived all over the country. After working for Merrill Lynch for 15 years, she decided it was time to go back to school so she could finally focus on her passion for photography. After getting her degree from the NY Institute of Photography, she became a freelance wildlife photographer specializing in photo greeting cards and calendars.

As an enthusiast of the arts, Nancy has always had a passion for French culture and cuisine. This passion of her’s shines through on a daily basis, and it shines through in both obvious and not-so-obvious ways. Sometimes it’s in the form of a stiff-lipped stare or a wafting hand as she keeps the line moving steadily. But above all else, Nancy’s passion is inspirational. And when you look just beneath it, you’ll find her beautiful smile, fearless dedication, and sharp sense of humor.

After returning to the states, she attended CU Boulder to earn a degree in Environmental Design. She also began to explore different cuisines from different countries. She enjoyed cooking breakfast for guests while working at a B&B in California, and she mastered the art of coffee while working as a barista at a local coffee shop.

She was excited to bring those skills to The French Kitchen, and we’re grateful to have her as a member of our team!

Give the gift of togetherness

Nothing connects people more than food!

(At the corner of Flintridge & Academy)